Tachyons are subatomic particles that move faster than light. They have real energy, but imaginary mass. The physicists Sudershan (1962) and Feinberg (1967) postulated the existence of such particles only on the basis of mathematical considerations, Albert Einstein’s theory of relativity. Gerald Feinberg gave the name Tachyons to this particle, derived from the Greek word “tachys” (meaning very fast).

But long before Tachyons were the subject of an established theory, independent researchers had undertaken specific studies assuming the existence of such particles, they carried out experiments to benefit from the energies associated with these particles. The famous and brilliant inventor Nikola Tesla, who among other things invented alternating current, is said to have driven a car thanks to these energies – a car which however then disappeared (was it because a car without the need for gasoline , using only the energy of the surrounding field, was not allowed?)

It is quite possible that ancient civilizations already knew how to use Tachyon energy and knew, for example, that linen can serve as a natural antenna for this energy (which is why priests often wore linen clothes), or that one can capture this energy with crystals in a certain arrangement. 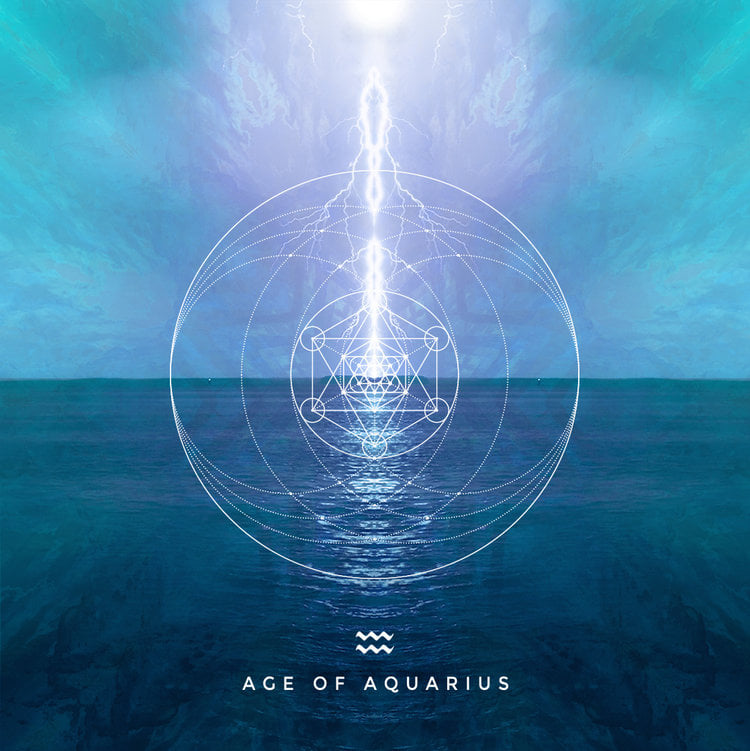 Lire plus
The German scientist Dr. Nieper has pointed out since 1975 that the existence of Tachyons is irrefutably proven.

Dr. Nieper writes: "Imagine yourself in St. Peter's Dome, or better, the Astrodome in Houston. In the center hangs a golf ball, and on the outer edge of this large space, a swallow circles. It is There is an approximate image of the hydrogen atom that shows both the small mass and the space that exists in an atom.Now imagine that this space is filled with a swarm of mosquitoes, most of which stay put. , less numerous, traverse space; they come from all parts and go in all directions, their humming showing their energy. If each mosquito in the wandering swarm may be called tachyon, those in the stationary swarms are called bradyons. Without any Doubtless tachyons are not related to the speed of light, but rather the speed of light is defined by the average speed of the tachyon field. is not a constant. tachyons will hit the nucleus, i.e. the golf ball. If the impact is stronger on one side than the other, the ball will be pushed in the direction of the lower impact. This is called gravitational acceleration in physics."

But many mainstream physicists deny their existence, because the properties these particles should have according to Einstein's equations contradict some of the basic assumptions on which their worldview is based. Thus, for example, one would have to accept that there is a distinguished point in the universe (i.e. an absolute reference system), which may imply the existence of an original source.

Today, we no longer need to prove the existence of Tachyon energy. The question is how to use this energy, how to produce usable energy, not only technically, but also to improve our health and to increase harmony and spiritual growth. Through tireless independent research, and assistance from non-physical dimensions, some inventors have succeeded in recent years in developing and manufacturing suitable materials and devices. Perhaps the biggest development in this regard is the Tachyon chamber. 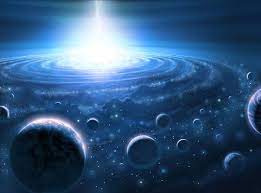 Where do Tachyons come from?

Tachyons are part of the high frequency cosmic rays existing everywhere in space. The primary source of Tachyons is the Galactic Central Sun, located at the center of our galaxy. This galactic center is called Sagitarius A, and is located in the constellation of Sagittarius. Astronomers who study only the purely material components of the universe say that this center is a black hole with a mass about 4 million that of the sun. 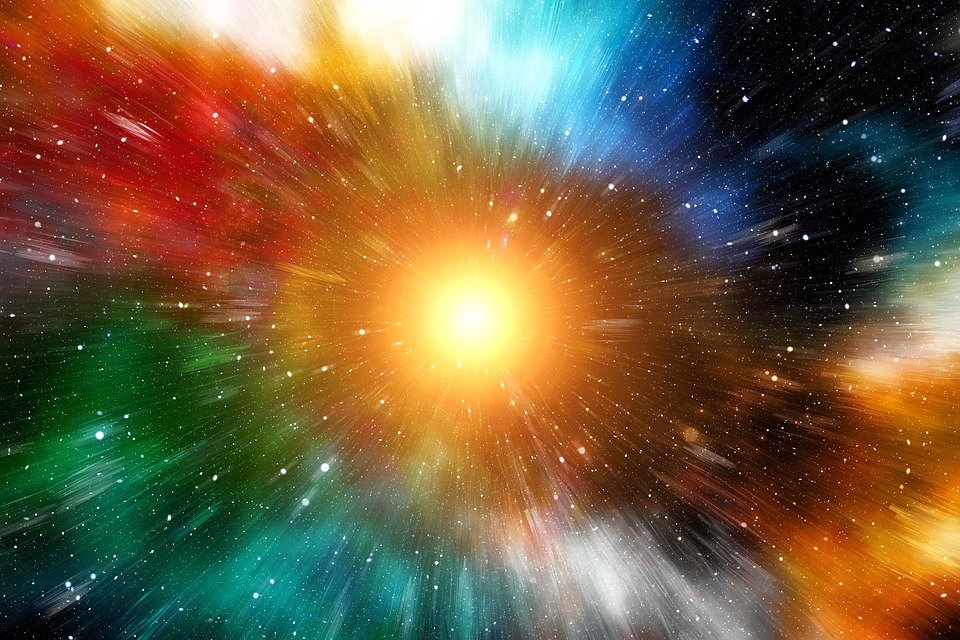 What do Tachyons bring us?

Human beings are made of a complex energetic structure composed of several “bodies” that vibrate at different levels/dimensions of the vast multidimensional continuum of the universe.

Human beings are made up of a complex energetic structure made up of several “bodies” that vibrate at different levels/dimensions of the vast multidimensional continuum of the universe.

To naturally maintain health and harmony in our life, life energies flow freely through the subtle bodies and the physical body of human beings. But if parts of our subtle system are blocked, for whatever reason, these energies or information from Source can no longer penetrate and flow through the various levels of our complex being, from the most subtle to the most dense: our physical body! Many disturbances or disorders in the physical body originate from these specific blockages in the subtle bodies.

Nowadays, many so-called holistic energy healing methods use this knowledge of the subtle bodies. A difficulty however is that most of them work on a specific range of frequencies. This means that the treatment is only effective if the energy method then applied reaches the frequency necessary for the positive re-information of the defective subtle part.

In addition to the technique used, the amplitude of an energy frequency also depends on the general, holistic state (body, soul, spirit) of the practitioner…

Tachyons do not have this restriction. They include all frequencies. Reaching us from the depths of the universe, like super-luminal messengers (faster than the speed of light), tachyons carry pure, original information and are able to provide our subtle bodies, and by natural consequence to our physical body, all the restructuring information that our complex body needs, and of which the Universe keeps memory.

Contact with tachyons provokes a stimuli in all living beings, stimuli which trigger a process of return to a state of general balance and harmonious health.

To have an experience or a journey of visits in a tachyon chamber is to be in search of one's well-being, no doubt in a spiritual and very personal journey. This must be seen as a step in a global approach of an individual in his journey of life and work on himself, both physical and elevation of his being. Of course, the Tachyon chamber cannot replace medical treatment of any kind or a medical consultation. We invite you in the event of a health problem to, of course, consult your doctor.

How does a remote session take place?
Send a picture of your full body by mail
the day of your session.
At the time of the session, you will need to make yourself comfortable at home and wait for a text message announcing the start of the session.
The photo will be placed in the room.
A second SMS will be sent to you announcing the end of the session.
The duration of the session will be the same as face-to-face (30 minutes).
It is advisable to hydrate yourself well before and after the session.
How does a face-to-face session take place?
Home.
It is best to arrive 10 to 15 minutes before for mental preparation if necessary.
It is best to dress in white or light-colored clothes.
How long does a session last?

It depends but a session lasts on average between 20 and 30 minutes.

Can children enter the room?

Yes ! Children can do up to 15 minutes of bedroom.

Can a child under five fit in the room?

Yes, he will be accompanied by his mother who will be seated by his side

What are the differences between the med bed and the tachyon chamber?

A med bed works on the atomic level of your physical body as the chamber re-harmonizes all of the subtle bodies.

Tachyon chambers around the world
Here is the list of rooms at Tachyons
What distance for a remote session?

We can offer you a remote session all over the world:
To date some people have received the benefits of the sessions in Canada, in Greece.

The Paris charges are higher than the other rooms. That's why the prices are slightly higher.

How do you keep the vibrations high?

Can tachyons help me fall asleep?

Yes, the session will bring you a certain sweetness and allow you to have a good rest

Are there other links to discover Tachyons?
Direct contact with the room

How to book a session?
Book your session here
Is it possible to do intensive work?

We can organize 2 to 3 sessions in the same day to carry out an in-depth work.

The Paris Tachyon Chamber waiting for you.
Subscribe to the newsletter to get the latest information from the chamber.