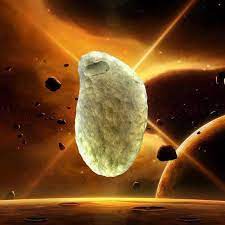 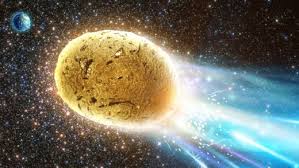 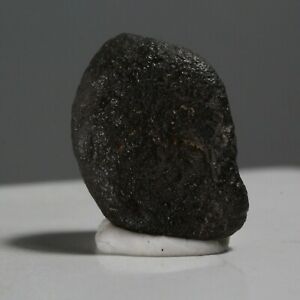 Cintamani is a sacred stone that originates from the Sirius star system. Millions of years ago, during a galactic superwave, a planet orbiting Sirius A exploded. Its fragments traveled in all directions, some of them reaching Earth after a long journey through interstellar space.
For the past 25,000 years, the positive Agarthans have been the guardians of the Cintamani stones. Throughout history, they have given pieces of Cintamani to some of the individuals who have had the most potential positive influence on human history. King Solomon, Alexander the Great and Akbar were in possession of a piece of Cintamani stone.

A piece of Cintamani, previously in the possession of the Templars, was given to Edward Bulwer-Lytton, who revealed the existence of Agartha to mankind in his famous novel The Coming Race.
Later, this same coin was given to a certain group of Templars near Untersberg, then to the Vril girls (die Vrilerinnen) who channeled technological know-how for the first operational space program on the surface of the planet since the fall of Atlantis.
Another coin was given to Nicholas Roerich, who attempted to bring world peace through it. His famous Banner of Peace is a symbol linked to the Sirius Triple Star System.
The Cintamani is the sacred stone of the Brotherhood of the Star, the last true vestige of the mysterious schools of Light of Atlantis.
Many Lightworkers and Warriors belong to the mandala of the 144,000 Star Beings of Light who came to planet Earth many incarnations ago to assist in the liberation of this planet and the changing of the ages.
Since December 2014, Light has been streaming from the Galactic Central Sun, directed through the facets of the Moldavite Chalice of the Holy Grail which serves as a lens, directed to the 144,000 to trigger their awakening.
The Cintamani Stone is the next step in this energetic process. Since the beginning of the Multidimensional Operations Solar System, the Phoenix Group has begun to broadcast pieces of Cintamani Stone among the most awakened Lightworkers and Lightwarriors.
Selected pieces of Cintamani stone have been placed in several dozen key vortex points on the planetary energy grid to stabilize the process of transformation into The Event. This Cintamani energy grid around the planet is now nearly complete.
An ancient Tibetan prophecy says that there will come a time when the King of the World will emerge with his army from his underground realms to defeat the forces of darkness and usher in the dawning of the Golden Age. That time is now. The Cintamani Stone will play a key role in this process.
During the Event, the Galactic Pulse will flow through the Cintamani Stones. Each holder of a Cintamani Stone will serve as an energetic conduit, transmitting the energies of the Compression Breakthrough into the planetary energy grid.
Cintamani stones are pure Light and their energy cannot be misused. They help dissolve implants, strengthen your inner guidance, and connect you to your higher purpose in this lifetime. But be aware that they are powerful amplifiers and serve as a magnifying lens to show you what is within you, so that you can transform it, and to make you more ready for your mission so that you can play your part in the process of the planetary liberation.

Other links on Cintamani stones

The Paris Tachyon Chamber waiting for you.
Subscribe to the newsletter to get the latest information from the chamber.